Dudley Zoo opened in the spring of 1937. In a bold move, the young architectural practice Tecton were commissioned to design thirteen structures which Eschewed the notion of naturalistic environments, and created a series of concrete modernist structures that housed the animals and the public facilities.

Students from both disciplines have explored themes of decay, preservation and the legacy of European Modernism in Britain. Whist there is an undoubted romanticism associated with this decay, the students have demonstrated a rigorous commitment to understanding the structure’s origin, its history and its potential
future use.

The project takes on two forms through a publication and the installation of a temporary exhibition. The book presents strands of engagement in nine collaborative teams where students make imaginative and ambitious proposals for new structures to be built at the Zoo. Their brief was to make something that would in some way preserve or illuminate the existing structures and their legacy, but that could also support the display of other works of art and design. These competition entries are intermittently spaced in this book. The work that surrounds it represents individual student responses to an overarching theme of preservation.

The exhibition forms around one of the two kiosks design by Tecton with the elliptical plan imitated by three concentric rings of scaffolding – a component normally associated with reconstruction or demolition. Extracts from the book have been carefully selected to be suspended along the structure, creating a visual connection between the academic research and on site artefacts.

This is the first book in a series entitled Modern Gazetteer. Modern Gazetteer is an interdisciplinary research project that was set up in 2011 at Birmingham Institute of Art and Design (BIAD). It is housed across the schools of Architecture and Art supporting and developing collaborative work between Architecture
and Art & Design practitioners at all stages of their development.

In the spirit of the Gazetteer, projects are responsive to site, and place an emphasis on researching and revealing information in the broadest sense, through the engagement of regional community partners, at sites of national and international importance. 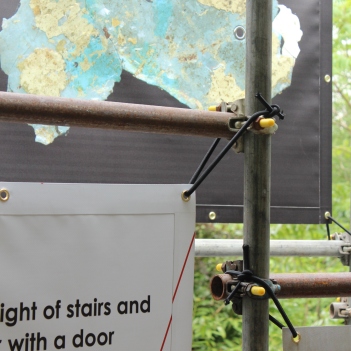 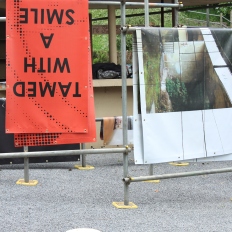