Coming towards the end of the project, we started to think of making the structural model on a scale of 1:20, once we knew the final design we were going for. The design group gave us their final draft and we then decided to make the model through laser cut on MDF. The detail construction team gave us suggestions of how to make the model a with the details therefore we went with the fastest and easy way which was to laser cut the model. They told us to use Larsen truss joists for the actual model, so we made a 3D model on sketch up of the structure and then laser cut it, but we also made sure we cut more than enough pieces just in case we lose them or break them. We decided to also go for a stop motion video to help with showing how the structure is made, it will help with the idea of how the building can be self-built. Two team members started off with the 3D modelling on SketchUp whiles the rest of the team searched how to make the joists and started on the making of the base for the model. We then got someone to laser cut the pieces for us in MDF, we made sure we had more pieces than enough. 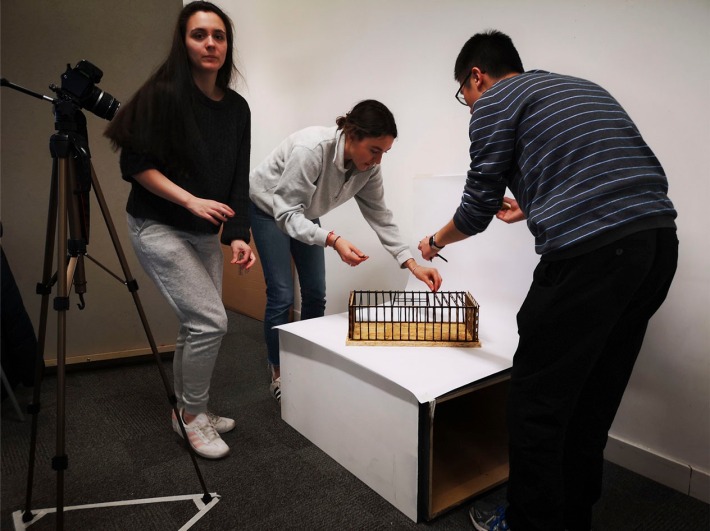 Setup for photographing model for the stop motion video

Once we had everything ready, we got together and then set up the place and space. We had to make sure we put the base in a correct angle for the photos that we took. after every step we did on the model we took picture in order to make the stop motion video. It took us several hours to make the model whiles taking photos. At the end we managed to make the model to a good standard, which displays the Larsen joists that we were suggested to use. The motion video helps with the instructions that would be needed for the construction.